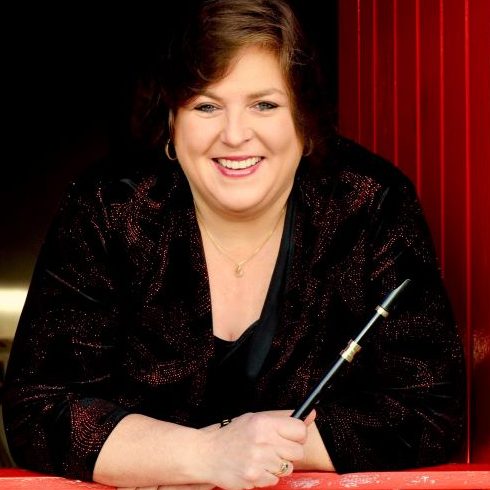 with Cherish the Ladies & Friends

JOANIE MADDEN is considered one of the greatest musicians and personalities in the history of Irish music in America. She was born in the Bronx, New York of Irish parents, and is the second oldest of seven children raised in a musical household. Her mother Helen hails from Miltown Malbay, County Clare and her father Joe, an All-Ireland Champion accordion player, was a native of Portumna, County Galway.

Joanie was exposed to the finest Irish traditional music early in her life, listening to her father and his friends play music at family gatherings and social events. She began taking lessons from legendary flutist Jack Coen, and within a few short years she won the All-Ireland Championship on both the concert flute and tin whistle. In 1984, Joanie became the first American to win the coveted Senior All-Ireland Championship on the whistle.