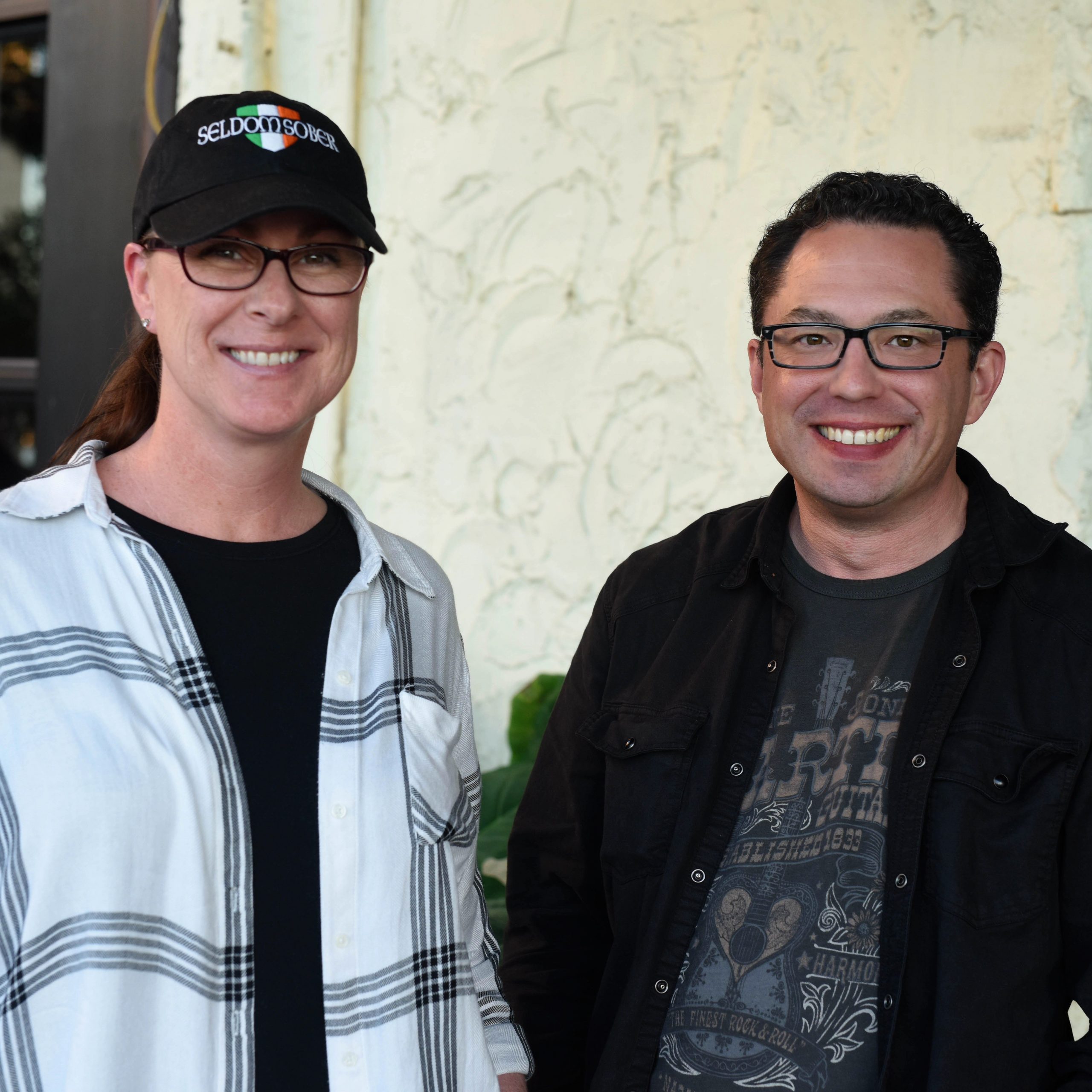 Seldom Sober was formed in Savannah in 2007 by Colleen Settle and Michael Corbett, who first began playing together in 2006. Colleen and Michael were also part of the Savannah Ceili Band from 2007-2019 and have performed at festivals, theaters, pubs, parties, weddings, and other events throughout the lowcountry and beyond. Seldom Sober has twice performed as the opening band for Derek Warfield and The Young Wolfe Tones.

Michael Corbett is a Bostonian who moved to Savannah in 2005. He plays acoustic guitar and is the lead singer and frontman for Seldom Sober. Michael has been performing Irish music professionally since 1995 and has been mentored by some of the finest Irish folk musicians of the twentieth century, including Robbie O’Connell and the legendary Liam Clancy. Michael is influenced by a variety of Irish and American folk musicians from Bill Staines to The Makem Brothers and has opened for Robbie O’Connell and Aoife Clancy.

Colleen Settle hails from the New York area and moved to Savannah in 2006. She lends her talents with fiddle, stomp box, and vocals to Seldom Sober. Colleen began playing Irish music professionally in 1978 and was a protégé of notable New York area fiddlers Maureen Glynn and Rose Flanagan. Colleen’s influences include Eileen Ivers and Frankie Gavin.