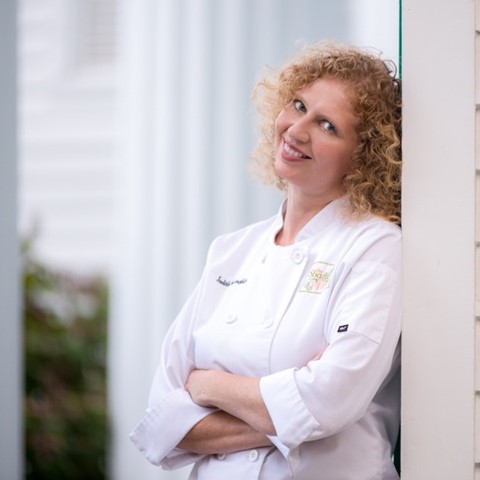 Over the past 10 years, Judith McLoughlin has become one of the most recognized Irish faces and brands in Atlanta, throughout the American South and abroad. Coming from County Armagh in the heart of rural Ireland, she learned the techniques of the Irish culinary tradition from her family who had generations of experience in the Irish hospitality & restaurant business before deciding on a move to the United States with her husband Gary.

After spending a short time in the Boston area, they settled in Atlanta Georgia where Judith started her own gourmet food business called ‘The Shamrock and Peach’. Specializing in Irish cuisine, Judith has created her own unique food fusion by blending the techniques of her homeland with the newfound flavors of the South to great acclaim.

Judith has developed her brand into an emerging business encompassing her cooking shows, cookbooks, blogs, and tours. She is repeatedly asked to contribute to food columns in national newspapers and magazines on both sides of the Atlantic and leads numerous discovery tours from the United States to Ireland each year, showcasing the beauty and elegance of modern Ireland.